After a summer full of directing, filming and producing, we decided our production arm, geebeebee media, needed to get back to some ‘roots’ film making, quite literally! We headed up to our favourite north-of-London mountain biking venue, Aston Hill, with the goal to point our camera towards some of The Hill’s most talented national team riders, to get some end-of-season shots in the bag. What we came away with wasn’t entirely what we’d intended to shoot – although we got all the shots we wanted – so we decided to turn it into a short film with a totally different perspective on downhill mountain bike racing. Here’s the full story…

Sometimes it’s those unexpected moments, happy accidents if you will, that make a project come together. This unplanned late-summer short film followed exactly that route from start to finish, opening up an unseen world of detail, from a rider’s focus, to the movement of wheels and suspension tracking the terrain.

With our FS700 still wearing a fine coat of Crankworx Whistler dirt, we headed up to Aston Hill in Buckinghamshire, to grab a few shots of the Aston Hill team – who’ve scored regular podiums this year in the British Downhill Series, Pearce Cycles Series, PORC DH Series, British National Champs and Dirt Fest (Romania) – before the end of the season. A double-header race weekend was lined up – a Saturday race on Black Run followed by a Sunday race on Root Canal – and the hill was pretty busy, with the crowds eagerly anticipating the opening of the new pump track, as well as a weekend full of grassroots race action. 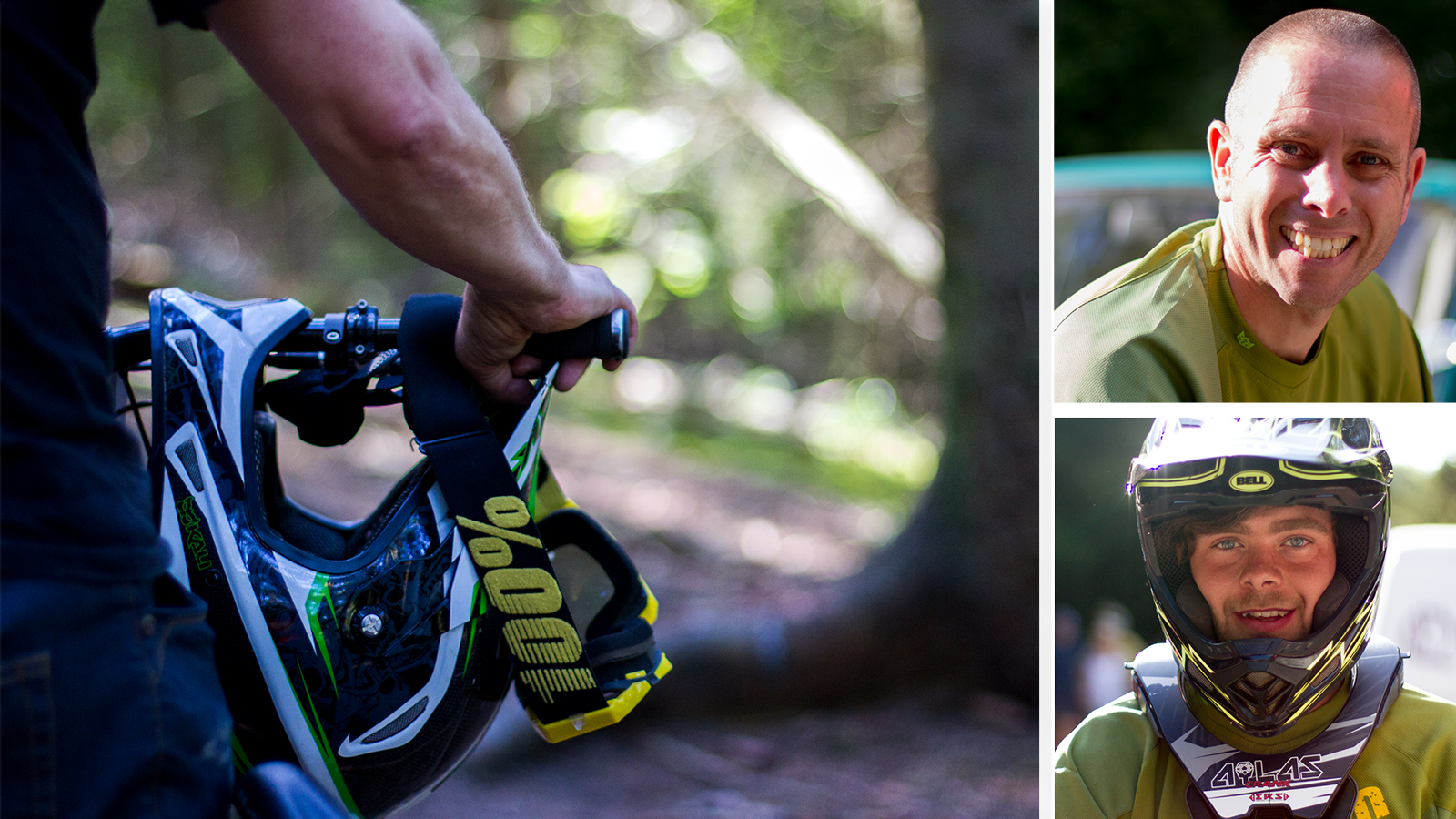 The roots of mountain biking in the UK run deep at Aston Hill, both metaphorically and literally, with a variety of trails catering to all riders, and with planned investment for trail upgrades and all-new features over the coming months, the hill is having something of a renaissance. Our last filming visit to the hill was to shoot Surface To Air, the Whistler-inspired purpose-built freeride trail, whereas this time, we focused our attention on one of the steepest and oldest trails, Black Run. Originally designed by legendary motor-mouth Rob Warner using his World Cup experience, Black Run is a rooty, off-camber, tough and testing track, and since the hill’s opening in 1997, the ethos hasn’t changed, although constant tweaks have kept it challenging and up-to-date over the years, including the recent addition of the ‘Gnarnia’ rock garden.

With the course taped-out, practice got under way and we trained the camera on a variety of features down the course, as the dappled sun beamed through the trees, giving us an almost day-long golden hour! It had been our intention to visit the hill just to get some shots of the Aston Hill team – Glenroy Martin, Al Warrell, Darren Evans, Suzanne Lacey, Rich Abbott, Matt Wakefield and father and son Joe and Alfie Killner – but with light this good, it seemed a shame not to film as many riders as possible. So, with our 70-200mm locked and loaded, we set off, grabbing shot after shot as the riders and their bikes pummelled down the course.

With just two race runs and a significantly lower number of riders dropping in, compared to the steady stream of riders we’d been used to a few weeks earlier in Whistler, we had our work cut out in nailing each shot first time as we worked our way down the steep, loose and dusty hillside. The race-day vibe on the hill was as keen as ever but as the racing wrapped up and the evening drew in, we trained up on some of the more unseen elements on the hill as the sun started dipping.

Back in the edit suite, after reviewing our day’s footage, all thoughts of putting together a quick and dirty race edit went out the window as we realised we’d nailed some great light, great action and great slo-mos. Instead, we decided to put together an atmospheric feature to compliment our other films from the hill. Searching through our music library, Black Boulder by German dub artist, Phon.o, jumped out as perfectly fitting the mood, and through more happy accidents, a visual style started to evolve as we began to play with various speed and visual effects in Premiere Pro, After Effects CC and Magic Bullet.

Slow motion isn’t to everyone’s taste, but this one seemed to work best in slo-mo to tell the story of what goes on when rubber meets dirt. 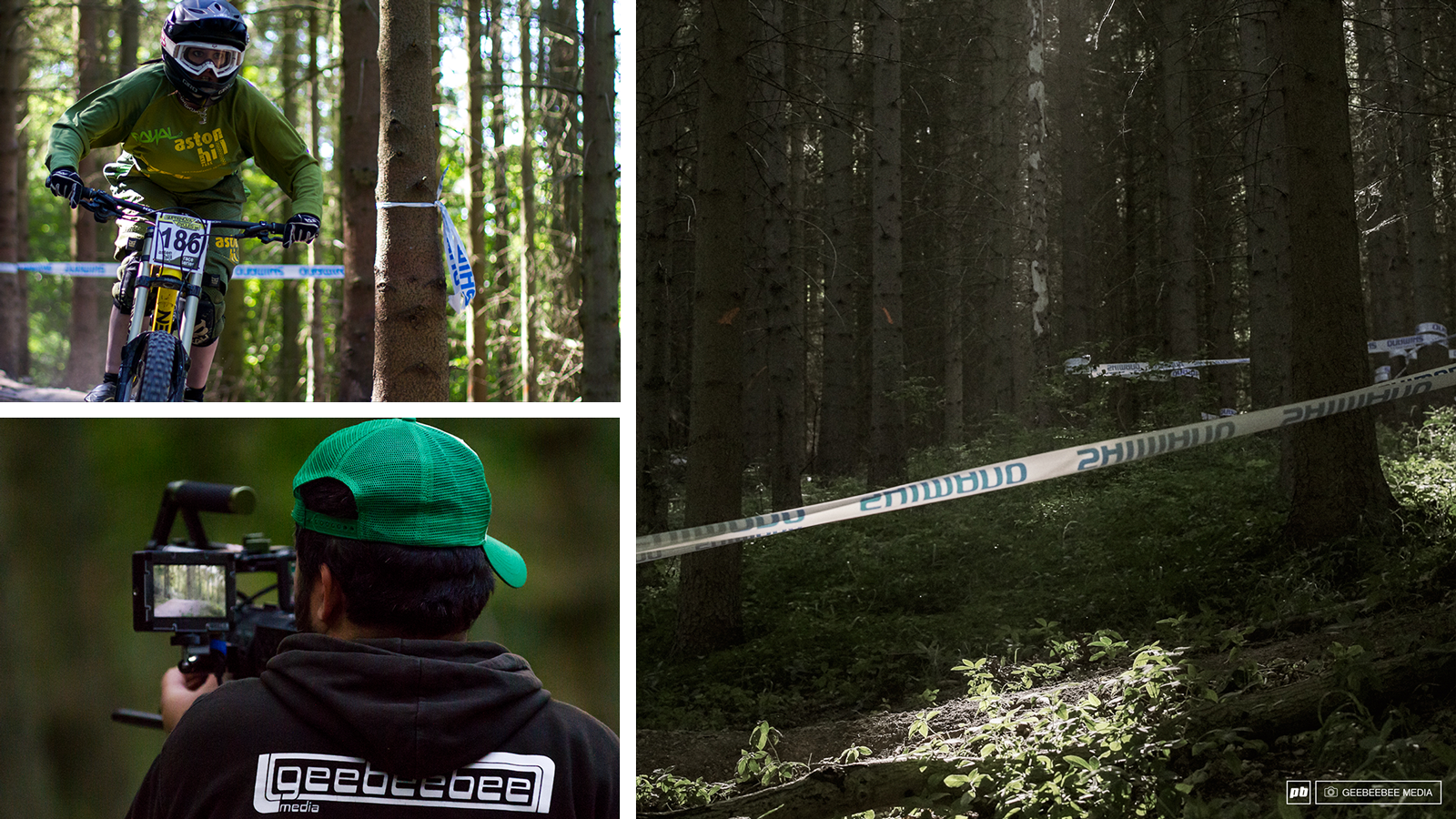