These days, it’s pretty evident, given the popularity of films such as Where the Trail Ends and Life Cycles, that serious mountain bike film making is moving away from shoots in the local bike park to big-budget, international, multi-camera extravaganzas, involving any number and combination of helicopters, planes, RC drones, cable-cams, etc. In fact, you might be forgiven for thinking that if you haven’t ‘done’ Nepal or Tibet these days, you’re not really on the map! Looking beyond the realms of dirt and man-powered wheels, this upward trend in film making is rife throughout the ‘extreme sports’ industry – you only have to look as far as films such as Art Of Flight and Immersion to see what’s going down in the snow or surf scene – and with ever more ambitious productions surfacing seemingly each week, we’re quickly getting very spoilt for choice.

However, one criticism often levied against such films is the focus on pure action and the lack of story, which tends to leave little room for these films to appeal to those outside the particular sport in question, meaning the films often don’t get the exposure they deserve, even between like-minded adrenaline junkies. Given the planning, effort and artistry that goes into them behind the lens and the level of skills displayed in front of the lens, this is a huge shame. Thankfully, over the last few years, film makers have started to realise that stories are pretty important for feature-length projects, and that simply stitching together scenes with various athletes in different locations doesn’t really cut it any more, however awesome the riding! 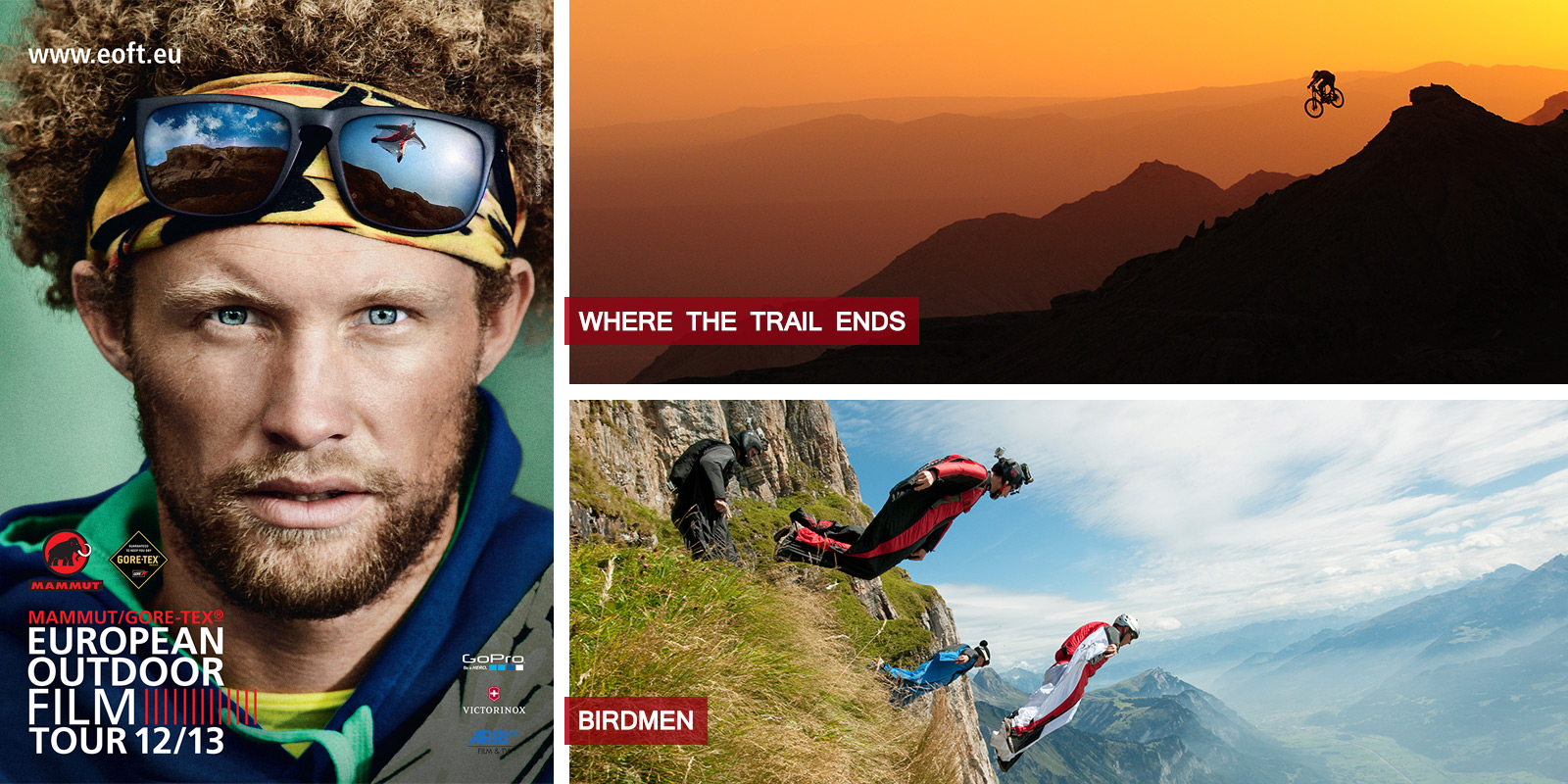 Here at Fraktiv, we’re acutely aware of this balance, and in the 8 months we’ve been developing out production arm, geebeebee media, we’ve tried to make short films with soul, occasionally even as documentaries. Ok, so a 4 minute edit might struggle to convey the same plot depth as your latest Hollywood blockbuster, but the story doesn’t have to be complex or involve asteroids threatening human existence to work! Think simple, and something that will connect with your viewer.

In that vein, we were really pleased that this year, the European Outdoor Film Tour decided to make a series of stops in the UK for the first time in its 11 year history, and importantly for us, one of those was in London. This year’s EOFT – which is taking in over 200 destinations in 9 countries – featured 2 hours of content across 9 films covering white-water kayaking, free climbing, wingsuit proximity flying, hiking, high-lining, mountain biking and, of course, a 3-piece band playing at the summit of Mont Blanc, complete with a full-size double bass!

Each short film took the audience on an inspiring journey, full of action, adrenaline, setbacks and achievements, and told personal stories of why we do what we do, the pain and anguish we sometimes go through, and the unmatched highs that our chosen sports can deliver, both metaphorically and literally. Being very much an amateur freeride biker and snowboarder for some 20-odd years myself, it was great to see the amazing drive, devotion and skills of athletes in sports vastly different to my own, and to be able to drawn parallels across the genres. 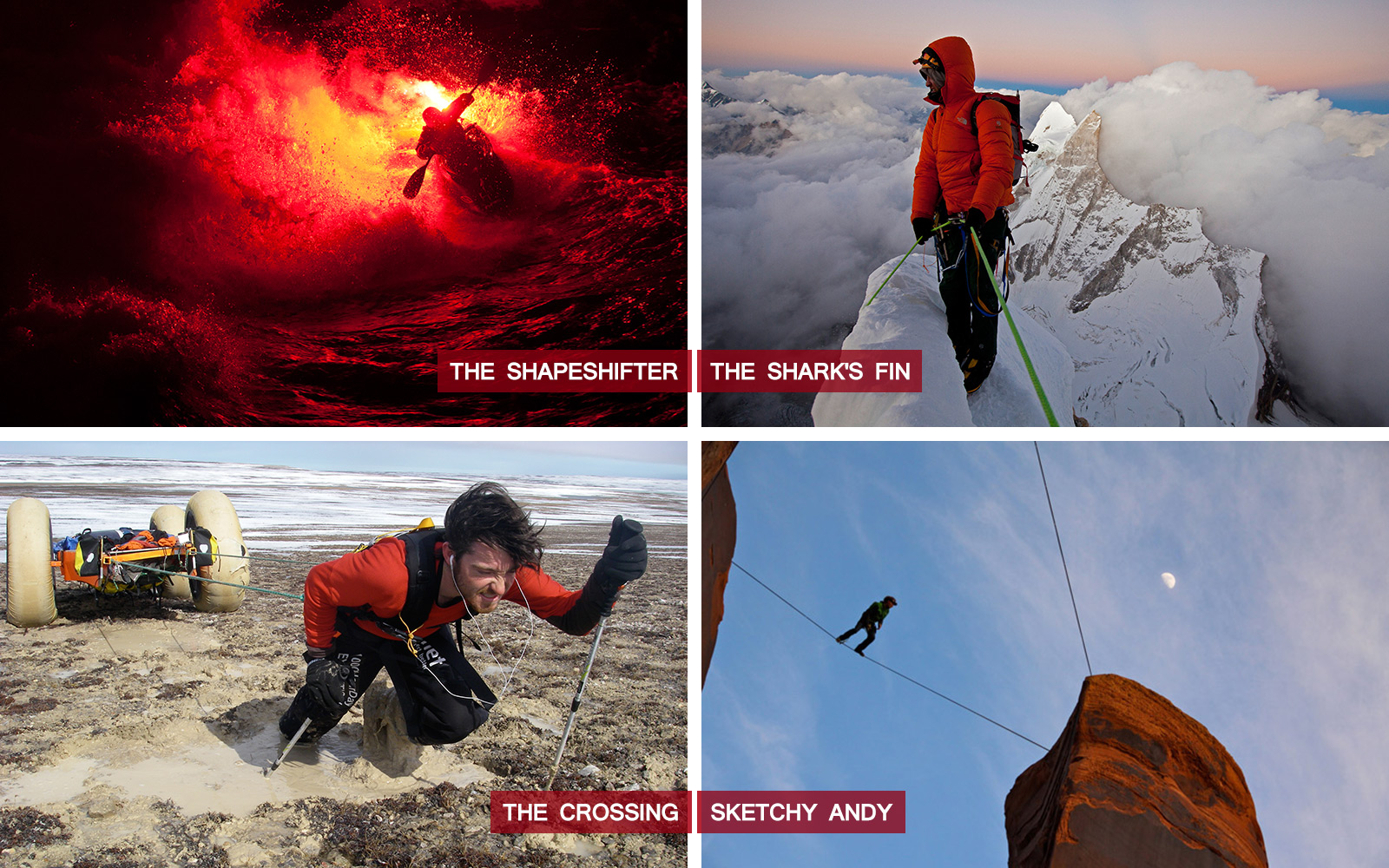 It was also refreshing to see that not every story had to be far-flung and ‘epic’. Of course the featured sections from “Where the Trail Ends” took in China’s Flaming Mountains and “The Shark’s Fin” featured the glorious Mount Meru in Central India, but other films, such as “The Crossing” took in much more down-to-earth destinations such as Canada’s Victoria Island, while “The Shapeshifter” featured the raging white-water torrents of Quebec. More so, it was very encouraging to see that some of the films eschewed the need for the latest, greatest (and most expensive) bits of kit to tell the stories, often relying on accessible DSLRs, phone cameras and GoPros to convey the sheer magnitude, scale or insanity of the things we do, not to mention the personal perspective these filming tools bring to the screen, either mid-flight whilst hurtling through ‘The Crack’ in “Birdmen” or perched on a slackline without a safety rope, high above a giant gorge in “Sketchy Andy”. There was comedy too – the story of the two Aussies in “The Crossing” had the audience in tears at some of their madcap antics – and life-threatening danger in “A New Perspective” as climbing royalty, David Lama, together with climbing partner Peter Ortner, tackled a free-climb of the ominously named Nameless Tower in the Karakoram mountain range in Pakistan.

At the end of the night, EOFT (who also run an outdoor film school) offered a huge prize giveaway to the packed auditorium, including Swiss Army knives, GoPros and an all-expenses ski holiday in the Alps, and despite us not winning so much as a Mammut beanie, it was great to see the event so packed (in fact it was sold out in advance) and so many totally stoked people, including David Lama himself, who, along with Felix Baumgartner, is nominated for National Geographic Adventurer of the Year.

Overall, this year’s crop of EOFT films, as in previous years, serve as a point of reference in the ever developing field of outdoor sports film making, and whilst the influx of expensive, professional cameras and techniques will doubtless bring us countless ‘did you SEE that?’ moments, the EOFT’s carefully curated shortlist also shows that stories and experiences are ultimately the basis for truly meaningful films that resonate beyond the clans of surfers, bikers or wingsuit proximity flyers. So maybe, just maybe, shooting in your local bike park really is where you can make the next big action sports film. It just needs soul.