Wiral: Supporting the next generation of production tools

Over the last 18 months, we’ve been lucky to work with the fantastic team from Wiral in Norway, on their next generation miniature cable cam system, Wiral LITE.

We’ve been privileged to have a prototype unit to play with for quite a few months, and we’ve thoroughly tested the Wiral with a vast range of cameras, payloads and stabilisation devices. Fortuitously, we had our prototype at the same time as we’d been commissioned by Red Bull to write an article about supercharging GoPro film-making, so utilising the Wiral was a natural choice. You can read our full article here on redbull.com, and our video from the article is below.

Our chance to work with Wiral was also a great opportunity to re-visit a five year old in-house project we’d commenced (but never realised), to develop our own cable cam system. Our development project never got off the drawing board – aka 3ds max – but having used a few systems over the years, and with the Wiral team keen to obtain as much feedback and user-experience as possible, we were super happy to help.

From the early prototypes, to more recent ones, we were able to make suggestions to the team regarding camera mounts, line attachment and security, their ‘end stop’ feature and various other remote functions. We’ve also been able to recommended several lead users to Wiral, to assist them in testing and getting the product out into the wild, to allow people to see the results and test the kit (look closely, and you’ll find us in Wiral’s ‘Tested and Approved’ promo, below).

With 37 prototypes under the belt, the final Wiral LITE design is now complete, and on 17th October this year, the company launched their official Kickstater campaign. Having talked briefly to Andrea, Wiral’s CEO and co-founder, in the days since the campaign went live, she’s understandably over-the-moon at the device’s popularity and how the product has been received by the wider community, amateurs and professionals alike. Just over a week in to the campaign, Wiral have received over $450,000 in pledges (their goal being $30,000), with over 1,800 backers…and 20 days yet to go!

As Kickstarter campaigns go, this one’s pretty successful, so all credit to the team. We wish them all the very best! 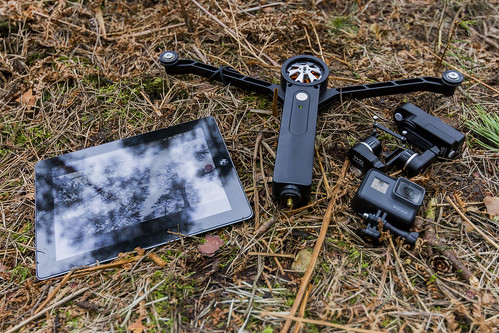